Journal of BioProcess and Chemical Technology 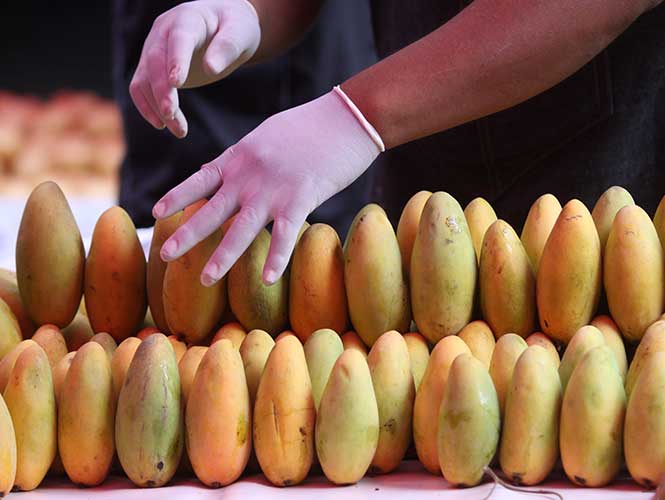 Abstract Mango fruit (Mangifera indica L.) is highly perishable mainly due to desiccation, which increases the postharvest losses. The cuticle plays a role in controlling the water loss and gas diffusion, pathogen and insect-interactions, among others. The cuticle biosynthesis requires the transport of lipids from epidermal cells through the plant cell wall by glycosylphosphatidylinositol-anchored lipid transfer proteins (LTPGs). The objective of this work was to identify a putative LTPG2 gene of mango (MiLTPG2) and correlate its expression with the cuticle accumulation during mango fruit ontogeny. The in silico analyses showed that MiLTPG2 contains the three domains of the LTPG proteins: a signal peptide, a lipid transfer and a transmembrane domain. The lipid transfer domain contains the characteristic eight highly conserved cysteine residues. The cuticle accumulation showed a continuous pattern, characterized by deposition during fruit development and involving substantial accumulation during ripening/overripening. The MiLTPG2 gene showed a 7.48-fold change increase in expression during late stages of cuticle biosynthesis (153 DAF) as compared with 15 DAF. This increase correlated with the highest amount of cuticle accumulation (2100 μg/cm2). This study provides the first insight to understand the putative role of MiLTPG2 gene in cuticle biosynthesis in mango fruit.

Mango fruit (Mangifera indica L.) is highly perishable fleshy tropical fruit and have a limited shelflife and global distribution, mainly due to postharvest desiccation and senescence. Although is an economical crop in the world, the scarce genomics resources are the principal limiting to carry out research at the molecular level for many biological processes in mango (Tafolla et al., 2017). The fruit exocarp provides mechanical strength and plays an important role in shelf life. Furthermore, it is composed of the cuticle, single-cell epidermal layer and several collenchymatous cell layers (Mintz-Oronet al., 2008). The cuticle is a hydrophobic layer that acts as an important surface barrier between the fruit and its environment, composed mostly of cutin and wax lipids (Kunst and Samuels, 2003). The major cuticle roleis to control water loss and gas diffusion (Riederer and Schreiber, 2001). Besides, cuticle plays an important role in fruit quality and postharvest shelf life by controlling desiccation, microbial infection and physiological disorders (Martin and Rose, 2014; Tafolla et al., 2018). Therefore, the knowledge regarding the cuticle biosynthesis is fundamental for the improvement of fruit quality. The cuticle biosynthesis comprises three processes: a) biosynthesis of lipids and elongation to form monomers; b) transport and export; and c) cuticle assembly (Tafolla et al., 2018). In the second process, after the different wax components have been exported from the epidermal cell, they must cross the hydrophilic cell wall to reach the cuticle. The lipid transfer proteins (LTPs) have been proposed to be involved in cuticular transport across the cell wall because they are abundantly expressed in the epidermis, are secreted into the apoplast and are small enough to transverse the cell wall (Kader, 1996). LTPs are characterized by a high isoelectric point (pI ~9) and a characteristic eight- cysteine motif: C. ..C. . .CC. . .CXC. . .C. . .C which is essential for the lipid-binding cavity formation (Kader, 1996; Yeats and Rose, 2008).

The LTPs had been proposed to play a role in cuticle biosynthesis in different species, e.g., carrot (Sterket al., 1991), broccoli (Pyee et al., 1994), tobacco (Cameron et al., 2006), among others. Yeats et al. (2010) reported changes in the regulation of genes encoding LTPs correlating with the cuticle biosynthesis during tomato fruit development. However, Borneret al. (2002) identified in Arabidopsis 18 glycosylphosphatidylinositol anchored lipid-transfer proteins known as LTPG. These proteins are composed of a range between 140 to 204 amino acids and therefore are somewhat larger than LTPs, which are less than 120 amino acids. The Cys residues are also conserved in the 18 LTPGs, suggesting that they have a similar fold as the LTPs and an extracellular location. Also, Gene Ontology analyses strongly suggest that the LTPGs play a role in the synthesis or deposition of cuticular waxes (Edstamet al., 2013).

Kim et al. (2012) showed that the protein that encodes AtLTPG2 was targeted to the plasma membrane via the vesicular trafficking system and mainly expressed in stem epidermal peels. In the ltpg2 mutant, the composition of the cuticular wax was significantly altered in the stems and siliques. Also, it was recorded a reduction in the amount of the C29 alkane, which is the major component of cuticular waxes. Besides, it was reported that LTPG2 is functionally overlapped with LTPG/LTPG1 during cuticular wax export (Kim et al., 2012).The objective of this work was to identify a putative LTPG2 gene of mango (MiLTPG2) and correlate its expression with the cuticle accumulation during mango fruit ontogeny.

Mangoes flowers cv. `Keitt´ were tagged, then hand harvested every 15 days after flowering (DAF) until ripening at a commercial orchard and packinghouse located at El Porvenir, Ahome, Sinaloa, Mexico (www.agricoladaniella.com.mx). Also, mangoes at the fully mature-green stage were stored at 20°C and 60-65% relative humidity during 18 days and sampled every six days. In each harvesting point, samples of mango peel tissue were isolated and immediately frozen with liquid nitrogen and stored at -80° C for real-time quantitative reverse transcription PCR (qRT-PCR) analysis.

The qRT-PCR experiments were performed using a StepOne™ Real-Time PCR System (Applied Biosystems, Foster City, CA, USA). The primers utilized were designed according to the protocol described in Thornton and Basu (2011). The sequence of the MiLTPG2 primer forward and reverse are: 5’à3′ TTAAGCTCCCTTCTGTCTGC and 5’à3′ GCAGCTAAACCAGGCACG, respectively.

The cDNA samples were diluted 5-fold with water and 1 μl was used as a template for each 20 μl quantitative PCR, prepared using HotStart-IT SYBR Green qPCR Master Mix (2X) (Affymetrix, Santa Clara, CA, USA) in biological triplicates. The thermal cycling conditions were as follows: 2 min at 95°C, followed by 40 cycles at 95°C for 15 s and 60°C for 1 min. The specificity of the PCR products was determined by high-resolution melt curve analysis, gel electrophoresis and by DNA sequencing carried out at Macrogen (Macrogen Inc., Seoul, South Korea).

Statistical analysis of relative expression results was carried out using the relative expression method (Livak&Schmittgen, 2001), with MiActin1 (GenBank accession Number JF737036) as the reference gene (Luo et al., 2013). The sequences for amplification of MiActin1 gene forward and reverse are 5’à3′ CGTTCTGTCCCTCTATGCCA and 5’à3′ AGATCACGGCCAGCAAGATC, respectively. The fold change expression of MiLTPG2 was calculated for the different sampling points.

Isolation and quantification of the cuticle fruit

Three replicate samples, each consisting of 10 exocarp discs, were collected for each developmental stage. The cuticles and gravimetric analysis during mango ontogeny were carried out as previously described by Petit-Jiménez et al.(2007). Data were analyzed by using variance analysis based on a completely randomized design with a significance level of 5%. Tukey test was run when significant differences were found.

This is the first report of a putative glycosylphosphatidylinositol-anchored lipid transfer protein 2 in mango (MiLTPG2). There is a report of LTPG2 gene in Arabidopsis(Kim et al., 2012), therefore, we will compare our findings with that information.

MiLTPG2 (MIN029156) ortholog to AtLTPG2 (AT3G43720) showed a 43.20% of protein identity. Furthermore, MiLTPG2 was predicted to have a composition of 190 amino acids (Table 1), with a molecular weight of 18,951 Da and a theoretical isoelectric point of 4.52 similar to AtLTPG2. Conversely, LTPs are characterized for having an isoelectric point of about ~9 (Yeats and Rose, 2008). Also, this protein does not contain any tryptophan residues in agreement with the amino acid composition of LTPs previously reported (Kader, 1996).

MiLTPG2 contains the three different domains characteristic of the LTPG proteins: a signal peptide domain, a lipid transfer domain and a transmembrane domain (Fig. 1B). Analysis with the Signal-3L engine showed that the signal peptide domain is encoded by the first 26 amino acids. The lipid transfer domain contains the characteristic eight highly conserved cysteine residues at positions 59, 69, 86, 87, 100, 101, 126 and 136, which agrees with the characteristic eight-cysteine motif (C. ..C. . .CC. . .CXC. . .C. . .C) reported in LTPs (Yeats and Rose, 2008). Cysteine residues contribute to four disulfide bonds, which are known to be essential for the formation of the lipid-binding cavity (Kader, 1996). Finally, the C-terminal end (168-189 amino acid residues) was predicted with high probability to encode a glycosylphosphatidylinositol-anchored (GPI) transmembrane domain with a serine residue located at position 168 of the omega site with a specificity of 100% (Figure 1C). Similar results were reported by Kim et al. (2012) for AtLTPG2, which was predicted to have a signal peptide, required for protein secretion, composed of 18 amino acid residues located within the positions 5–22 at the N-terminal end. Also, this protein showed the characteristic eight highly conserved cysteine residues at positions 38, 48, 67, 68, 81, 83, 110 and 120. Finally, it was identified a GPI transmembrane domain in serine residue at position 170 of the omega site.

Studies in Arabidopsis showed that the AtLTPG1 and AtLTPG2 are targeted to the plasma membrane via the vesicular trafficking system (Lee et al., 2009, De Bono et al., 2009, Kim et al., 2012). Based on GPI domain identified and those findings, we had hypothesized that MiLTPG2 is also localized to the plasma membrane, although, further experimental evidence is needed to prove this statement.

We evaluated the MiLTPG2 gene expression by real time-quantitative reverse transcription PCR (qRT-PCR) during mango fruit ontogeny. The DNA fragment sequence is the expected nucleotide compositions of the MiLTPG2 amplicon.Further, the qRT-PCR products showed the predicted sizes after separation by agarose gels electrophoresis(Figure 2). The relative expression of MiLTPG2 from 30 to 140 DAF was less a 1-fold change as compared with 15 DAF. Then, showed a slight increase in 1.31-fold change at 147 DAF, and finally, MiLTPG2 expression showed a high increase of 7.48-fold change at 153 DAF as compared with 15 DAF.

The initial cuticular weight at 15 DAF was 889 μg/cm2 and continued increasing until 105 DAF reaching 1763 μg/cm2 (Figure 3). Thereafter, it showed a decrease to 1632 μg/cm2 at 120 DAF. After that, cuticular weight showed an increase of 1846 and 1920 μg/cm2 from 135 to 141 DAF, respectively. Moreover, a slight decrease to 1827 μg/cm2 was recorded at 147 DAF. Finally, the cuticle accumulation showed a large increase by the end of the storage time to reach 2100 μg/cm2 at 153 DAF, which is the maximum cuticular weight registered during mango fruit ontogeny (Figure 3). The cuticle accumulation follows a continuous pattern during fruit development, including a large accumulation during fruit growth followed by the second phase of maximal cuticle deposition during ripening.These cuticle accumulation patterns agree well with previously reported data by Petit-Jiménez et al., (2007) for the same mango cultivar. However, in this last experiment, the maximum cuticular weight was 1609 μg recorded at 135 days post anthesis (DPA). Many studies had been reported that the cuticle biosynthesis is influenced by genetics, physiological, environmental factors and postharvest handling (Tafolla-Arellano et al., 2013), which can explain the differences in both studies.

In general, the MiLTPG2 gene expression does not correlate with cuticle accumulation during mango fruit ontogeny, exception at initial (15 DAF) and final stages (153 DAF). However, it was reported that LTPG2 is functionally overlapped with LTPG/LTPG1 during cuticular wax export (Kim et al., 2012). Because of this, further experimental evidences are needed to prove that the MiLTPG2 gene studied in this work plays a role in transporting the alkane C29 likewise its homolog gene AtLTPG2 from Arabidopsis.

The MiLTPG2 gene contain the three different domains characteristic of the LTPG proteins: a signal peptide domain, a lipid transfer domain and a transmembrane domain, similar to AtLTPG2. The analysis of MiLTPG2 gene expression provides the first insight to understand the putative role of this gene in wax transport during cuticle biosynthesis in mango fruit. Further studies are required to confirm the role of MiLTPG2 in cuticle biosynthesis. 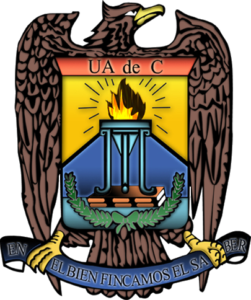 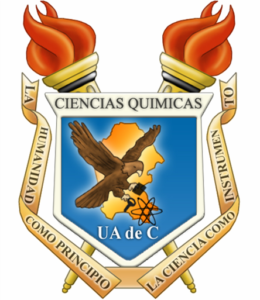 © 2022 Journal of BioProcess and Chemical Technology — Powered by WordPress

Theme by Anders Noren — Up ↑